He brought with him his knowledge of regional cuisine and love for the kitchen in hopes to be part of a sustainable locally focused restaurant group. Pompieri pizza was there providing an authentic Italian pizza style with a commitment to sustainability and locally sourced food. He is elated to be invited to the dinner in the meadow. Food is more than love, it is life.

Chef Kevin will be preparing... a smoked standing rib roast with malt jus and Bourguignon style beef on focaccia toast

Chef Joe, a native of Canastota, New York, is a graduate of the prestigious Culinary Institute of America in Hyde Park, New York. His early years in the kitchen were spent at the Stouffer Grand Beach Resort in St. Thomas, Virgin Islands and the Hotel Intercontinental in New York City, as well as four years at The Carolina Club in Chapel Hill. 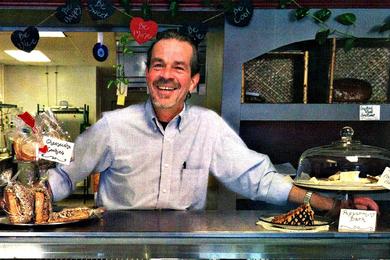 in life that he loved the creative side of cooking and creating an interesting atmosphere, to include weekend entertainment for his customers.  He purchased the existing Showside Restaurant and renamed it Michael’s Showside Grill.

He very quickly added his personal touch with unique décor and upscale dining.  In November 2014 he opened Michael’s Getaway Restaurant at Lake Royale in Lake Royale, NC.  Then in November 2015 he opened Desserts by Contagious Confections, also located in Spring Hope, NC.

Michael promotes the use of locally grown food by purchasing from the local farmers throughout the year and this is reflected in the quality and freshness of his meal creations.  Michael also enjoys the opportunity to let his chefs use their own creative imagination in preparing daily meals. 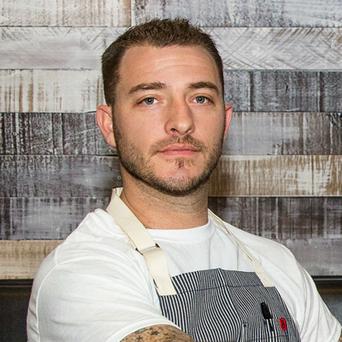 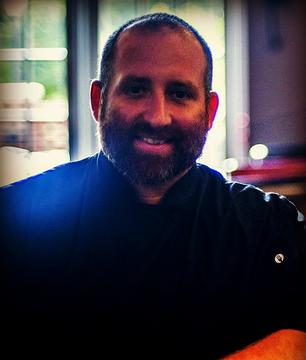 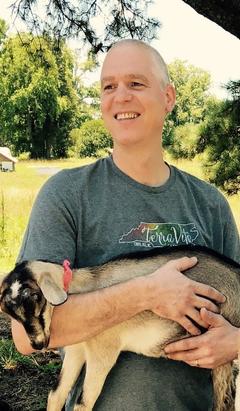 ​Each year, we are blessed with a lineup of outstanding chefs from our area who give of their time to support our efforts, and this year is no exception. Visit often as we approach Dinner time for updates!
​We encourage you to patronize their businesses and offer gratitude for being a part of our event.
As our menu comes together, see each chef's creations with their bio.

Born and raised in Florida, Regan has been working in professional kitchens for over twenty years.  In his early twenties, Regan rapidly worked his way up into leadership positions in several restaurants in Florida. This experience shaped his time in culinary school in NYC, and as he sought to further refine and develop his talent in some of the best restaurants in NYC.  Regan's resume includes the famed Gramercy Tavern, Osteria del Circo ( owned by the Maccioni family of Le Cirque), and Country (Geoffrey Zakarian).  ​

Serge Falcoz-Vigne is from Grenoble, France. In 1984, at the age of 16, he started his cooking apprenticeship. As a young man he followed his heart to the culinary capital of the world and went to Paris to pursue his dream of becoming a chef. After several years of cooking and sous-chef experience, his dream became a reality — he owned and operated a restaurant in Paris, called “Au Passé Retrouvé.”

Chef John Oliver Evans is the visionary, owner and head chef behind Funky Fresh. A diverse and growing company, Funky Fresh specializes in all things weddings. Chef Evans prides himself on delivering individualized culinary creations to each guest.

​​Born and raised in, Cary, North Carolina, I spent my time after college, attending culinary school in Austin at Le Cordon Bleu. I have spent time cooking in Los Angeles, Washington D.C., and Gothenburg, Sweden. I am very fortunate to work with amazing farmers and fisherman, local to NC and look forward to showcasing the bounty of this amazing state.  ​ 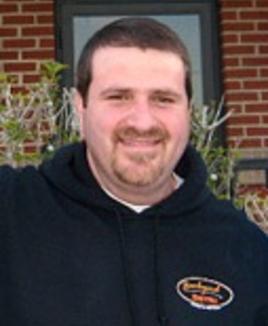 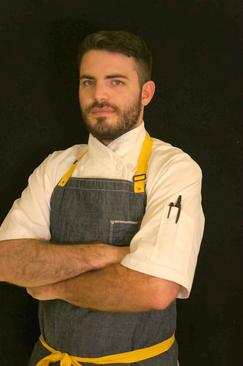 After School he began working at the prestigious Kiawah Island Club under Consulting
Chef Tom Colicchio and Executive Chef Doug Blair. Wanting to be nearer to family, he chose to come back to Wake Forest, where he continued his career at TPC Wakefield Plantation. While learning and growing in each of these places, he was still looking for more; something was missing. He decided to team up with longtime friend Todd Skipper and join Giorgio’s Hospitality Group. The two, together with Laszlo Lukacsi, wanted to go back to the spirit of a restaurant. They wanted to bring back the community of a restaurant. Wake Forest is small town with lots of heart. Using local farmers and supporting local business helps to put the freshest ingredients on the table. Farm Table was born and has grown with the community it supports. We invite you to come have a seat.​

​​​​Over the last ten years he has been Executive Chef at Treyburn Country Club in Durham and has brought country club dining to a new level–one of fine dining in a casual setting. This led him directly into the Corporate Chef position with McConnell Golf. In his career, he has been featured as one of the top Triangle chefs on TV’s Tarheel Chefs with Jean Almond and has received honors from the renowned Chaînes des Rotisseurs. He also sits on the Board for the North Carolina Restaurant Association. Chef Joe left a long-standing position at McConnell Golf LLC to open his own family friendly sports-themed restaurant and off-premise catering company in Raleigh, called Backyard Bistro. 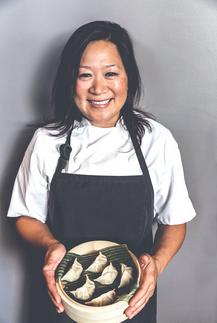 Michael Ward is a restaurant and catering entrepreneur that moved to Spring Hope, NC in 2008 after managing restaurants in Maryland, Florida and Raleigh, NC.  Michael learned early in 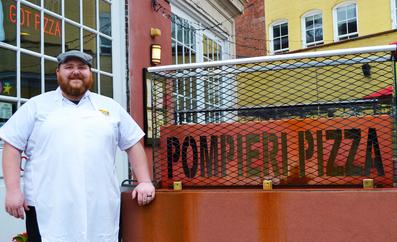 He began shucking oysters and eventually worked his way up in the restaurant industry. Jake then went on to become the Head Sushi Chef at The Cowfish in Raleigh, and soon after developed the food program for Raleigh Raw as the Executive Chef. Chef-Owner Jason Smith of 18 Restaurant Group mentored Jake and was an advocate of him moving on to the next stages of his career. He most recently served under Smith as the Chef de Cuisine of Raleigh’s 18 Seaboard, and now serves as Head Chef of Plates Neighborhood Kitchen.
OPENING HIS OWN RESTAURANT SOON... LAWRENCE BBQ! 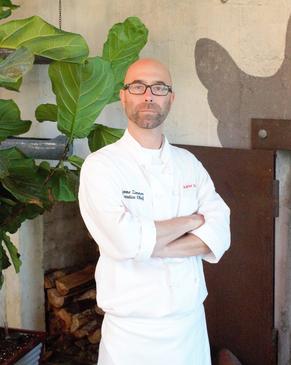 ​​A native to Apex and with family roots invested in North Carolina, Jake Wood’s passion for food is heavily influenced by his grandparents and the state’s rich agricultural traditions. With inspiration from his family, Jake Wood embarked on a culinary career in Raleigh, which started at 42nd Street Oyster Bar.

​​​Jerome Zimmer has always had a passion for food. Growing up in western Pennsylvania exposed him to
a variety of foods and cultures. In 1993 he moved to the Wake Forest area with his family and got a job
working at Winston’s in Raleigh. There his passions were ignited even more leading to his attending
Johnson and Whales in Charleston, South Carolina to cultivate his craft. He found that cooking brought
people together.

Born, and raised in Durham, NC Kyle found his start after culinary school at the Washington Duke Inn, and a short time with Marriott.  Soon an opportunity came along to work under Shane Ingram at Four Square, where Chef Kyle worked his way up to Sous Chef, and honing in on skills he feels are invaluable to this day.  Chef Kyle also worked a stint at Watts Grocery, all along while working as R&D, food stylist, and photographer for Edible Piedmont, House Autry, Williams Sonoma, along with other cookbooks, and publications.

Chef Kyle has always had a passion for farm to table food and strives each day to bring the freshest NC goodness the surrounding area has to offer.

​​Chef Kim finds pleasure in connecting with local farms and using sustainable ingredients in her menus, which are inspired by her South Korean roots. The former chef/owner of popular downtown Raleigh restaurant, Kimbap (which is a Korean dish), Kim is currently dreaming up her next culinary adventure and in the meantime can be found around town selling handcrafted dumplings at farmers markets and events. Stay tuned for her next project! 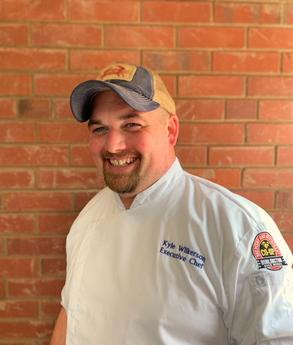 When the restaurant was sold in 2007, he and his wife Samantha decided to move across the pond to her hometown in Raleigh with their son, Jack.

Falcoz-Vigne was thrilled about the opportunity to expand his knowledge and experience by coming to the United States to work. His passion is to create new recipes based on classic, traditional cuisine using modern and local flavor with century old techniques. Serge believes that la cuisine is an international language, as everyone, all over the world, understands the pleasure of eating something that is delicious and created with love.

Serge first established himself in the U.S. in October of 2009 as an Executive Chef in the Triangle area for 411 West in Chapel Hill. He’s since furthered his career working in this capacity for Raleigh restaurants, 518 West and 18 Seaboard. Presently, he is the General Manager and Chef of Saint Jacques French Cuisine, where he enjoys offering his guests the most authentic French experience possible. 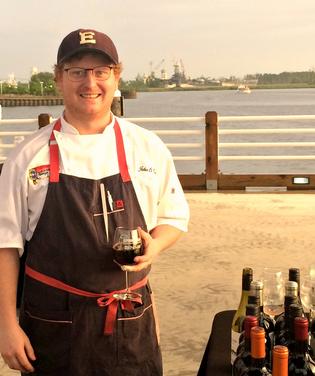 Chef Kevin Goller graduated from the International Culinary Center and knew he had found the life he wanted in the kitchen. After living and working in much of the western half of the country he decided he wanted somewhere different.

​​Kyle Wilkerson is Executive Chef of Burlington Beer Works. You may remember him as Executive Chef and Co Owner of Heirloom, A Poppa Paul Kitchen in Roxboro which operated for almost two years.

Trained and experienced in the style of European cuisines, after relocating to the Triangle, Regan worked at Piedmont before opening Little Hen in 2012, an acclaimed restaurant which was awarded 4.5 stars by N&O reviewer, Greg Cox.  In 2013, Regan also founded a culinary pop up event concept - ChickenWire; events gather Triangle’s best chefs to raise funds to benefit not-for-profit organizations. In 2019 Regan will be launching Laurel  bar | food, a new Wine Bar concept. ​