Founded in 2014, the Fund works to aid the development and long-term sustainability of small farms through an annual grants program. The Leonard-Mobley Small Farm Fund is a 501(c)(3) non-profit. Proceeds from Dinner in the Meadow support a small farm owner selected by the Fund, based on application.

​The Fund was established to honor the memory of two extraordinary North Carolina farmers... 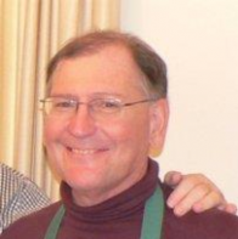 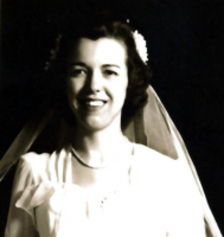 Marjorie Louise Gardner Leonard loved the land of her family farm and the good life it provided. The first girl in her family to attend college, she went on to earn a Bachelor of Science degree in Home Economics and Science from East Carolina University and a master’s degree from UNC-Greensboro, where she also completed her PhD coursework. Her greatest love was the land and the people of  her family’s farm, the Leonard Farm, an enterprise she managed and operated from 1996 until her death in 2012.

The Leonard-Mobley Small Farm Fund was established to support and cultivate small farms in our region of North Carolina.

Jerry Stephen Mobley was born in Tarboro in 1955. He approached life as a wonderful journey, a gift worthy of study, consideration, and respect. Steve followed his bliss, and life opened its doors to him. He was an agribusinessman and owner, with his wife Martha, of Meadow Lane Farm in Louisburg. Agriculture was the thread that ran through all his work. As a young man in 1974, he received three National AQHA All-Around honors and captured the Youth Register of Merit, riding proudly on the horse “Whit’s Lucky Bob.”

A magna cum laude graduate of N.C. State University with a Master’s Degree in Animal Science from Oklahoma State, Steve went on to work for the N.C. Department of Agriculture as a livestock (equine) marketing specialist. He retired from the state in 2006. In recent years he was dedicated to work and service at the Durham Farmers Market where he served as President of the Board of Directors and as a board member. He loved his customers and especially loved to encourage and guide small farmers. Steve was a producer and owner of champion Australian shepherd dogs, horses, beef cattle, and meat goats. He was a philosopher in his own right, enjoying poetry and words of wisdom. He read widely and studied North Carolina history, and he took time to reflect on the world around him. An avid gardener, he took great joy in cooking and entertaining for family and friends, to whom he was devoted.

Marjorie’s motto was “I will do my part” and her life-long goal was to learn something new every day. She lived her values through decades of guiding and educating others at Vance-Granville Community College, Louisburg High School, and W.R. Mills High School while doing the difficult and challenging work of farm life... all while holding fast to her commitment to the principles she believed in. Marjorie was a firm believer of equal rights for all, and active in her communities of Mapleville and Louisburg on local issues. She was a true pioneer who would speak up for equal pay and treatment for women in the workplace. Mrs. Leonard was active in many professional organizations, serving as President and as district and state adviser for the Future Homemakers Association and as an officer in many other organizations. She loved good, fresh, local foods and supported many efforts to educate others—young and old—about the benefits and importance of naturally raised foods and local farms.